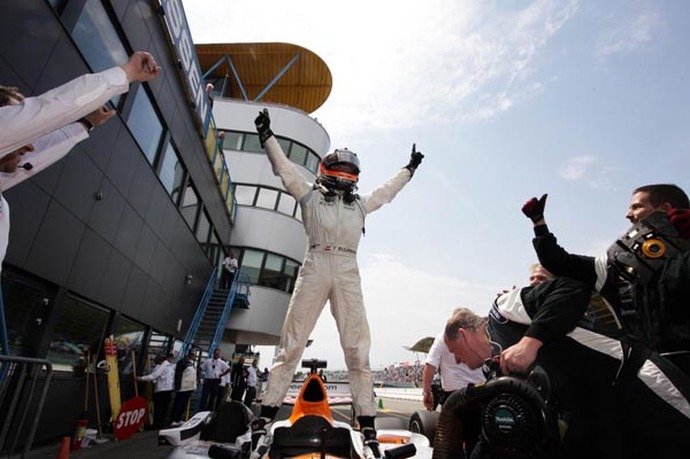 UBBERGEN (June 19, 2020) - The continuation of the international car racing season is getting closer and that means that Yelmer Buurman from Ubbergen, Gelderland, will be able to put on his helmet again in the near future. "I can hardly wait," he admits. Lees verder

UBBERGEN - The fastest lap of all 72 teams in qualifying, pole position thanks to teammate Maro Engel in the Super- Pole and third place in the race, the largest and strongest GT3 race in the world. Race driver Yelmer Buurman from Ubbergen, Gelderland, could be satisfied after the 71st edition of the 'Total 24 Hours of Spa'. Lees verder

UBBERGEN (October 14, 2018) - The battle for the championship title in the Blancpain GT Series Endurance Cup, probably the most important GT championship in the world, was only decided during the last race of the season, the three-hour race at the Circuit de Barcelona - Catalunya in Montmeló, Spain. The victory in the race was for driver Yelmer Buurman and his teammates in the Black Falcon -Mercedes-AMG GT3... Lees verder

Nurburgring, June 22, 2014 - For the second year in a row Dutch racing driver Yelmer Buurman participated in the 24-hour race at the Nurburgring-Nordschleife, with 175 competing teams, the largest international long-distance race in the world. Last year Yelmer and his teammates managed to finish second at the legendary circuit in the Eifel, unfortunately this year Yelmer remained unrewarded for his efforts. Lees verder

Yelmer just off the podium due to a Red-Flag situation.

Nurburgring, 18 May 2014 - During the 4th VLN race of the season Yelmer drove with both the BMW Z4 GT3 of Uwe Alzen Automotive aswel as the Mercedes-Benz SLS AMG GT3 of Black Falcon. With both teams Yelmer was on his way to a podium finish but unfortunately there was a red flag situation one hour before the end of the race. Because of that Yelmer finished 5th and 8th. Lees verder

Yelmer on the podium in Azerbeidzjan

Yelmer was quite happy with his third place in the main race in the centre of the capital Baku, despite the fact that a better result had been within his grabs. The most important thing was that he showed that his razor sharp and fast racing skills were back. Lees verder

A misty adventure for Yelmer in Baku

Yelmer had no chance putting his stance on his sprint-race. Having started fifth he finished eighth after a smoky race through the streets of the Azerbeidzjan capitol. Lees verder

Yelmer on his way home

Further examination in the hospital fortunately did not bring any bad news. A CT-scan learned that Yelmer sustained a severe concussion. Furthermore he experiences heavy muscle pains; a normal consequence of such heavy impacts. He crashed the BMW Z4 backwards into a concrete wall with a speed of approximately 110 m/h. At the moment the unlucky driver is on his way to his home in Ubbergen (The Netherlands) Lees verder

Yelmer and Michael Bartels failed to secure the FIA GT1 World Championship at the circuit of Donington Park. In a straight fight with his main rival Marcus Winkelhock Yelmer was punted off the track, ending in a concrete wall at high speed. Lees verder

Yelmer and Michael Bartels still have a title chance

And once again the qualification race turned into an exiting spectacle. Perfect teamwork from the All-Inkl.com team unfortunately brought Yelmer's main rivals two points more than the Vita4One squad. And to worsen their case Bartels will have to start tomorrow's Championship from ninth place with a lot of work to grab the FIA GT1 title. Lees verder 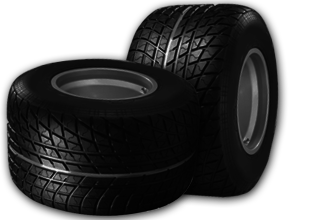